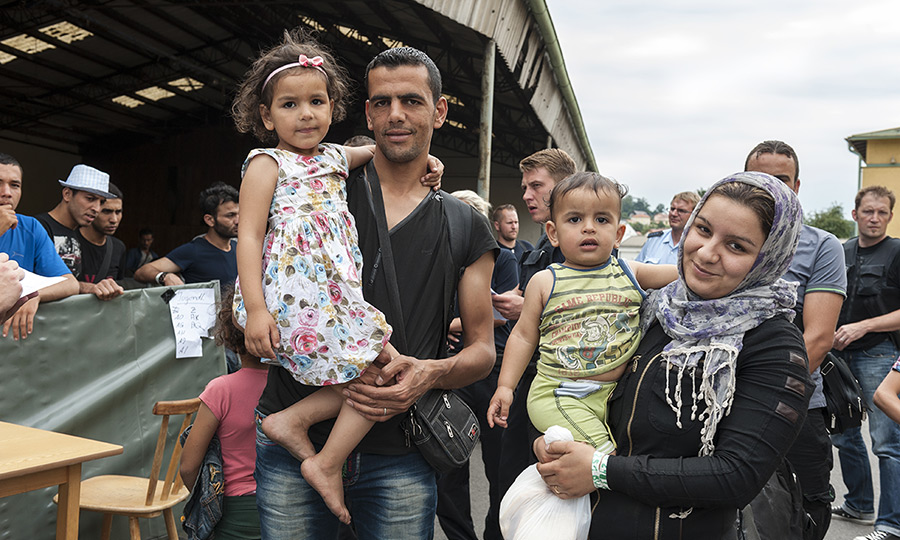 Four major UK Churches have called on governments to provide substantial new funding to alleviate the suffering of the people of Syria including refugees in the neighbouring countries of Lebanon, Turkey and Jordan.

The call from the Baptist Union of Great Britain, the Church of Scotland, the Methodist Church and the United Reformed Church comes as the 2016 international pledging conference for Syria is held in London.

In 2015, following the last international appeal by the United Nations (UN), less than 60% of the required funds were raised.

The UN have stated that a further $7.7 billion will be required  in aid to the vulnerable people in Syria and support to Jordan, Lebanon and Turkey who host the vast majority of Syria’s 4.6 million refugees.

Ethnic and religious minorities in Syria are particularly vulnerable to attack and the Christian presence in Iraq and Syria is under threat as never before. The four churches maintain close links with partner churches in the region.

John Ellis, Moderator of the General Assembly of the United Reformed Church, said:  “We welcome the UK’s commitment to aid for Syria, and our Government’s initiative in hosting this international pledging conference in London.

“We want every refugee child in Jordan, Lebanon and Turkey to have the opportunity to attend school – but this aim, as outlined by the United Nations, needs funding.

“It is our sincere hope that the international community as a whole will substantially increase its commitment to a situation that is worsening as we speak.

“Increased funding will mean that those currently affected by the hostilities will not have to suffer even more in the years to come.”

The Rt Rev Dr Angus Morrison, Moderator of the General Assembly of the Church of Scotland, has recently returned from a visit to Egypt where he met with Syrian refugees.

He said: “To see close up the human catastrophe which is unfolding in Syria and the surrounding region, is harrowing, distressing and deeply humbling.

“We have to do more, meeting immediate need within Syria and the wider region whilst redoubling our efforts for a lasting and just peace.”

Warning that churches have been targeted even while full of worshipers on a Sunday, Dr Mary Mikhael, spokesperson for the National Evangelical Synod of Syria and Lebanon, said: “As the Syrian tragedy continues to unfold, the Christian community is deeply concerned about its future.

“Churches and ancient cathedrals in Damascus, Homs, Aleppo, and other places are being purposely targeted by armed groups, and many have been destroyed.

“Will Syria, once considered the cradle of Christianity become empty of the nation’s Christian community?

“This is our deep fear – over 1.2 million Syrians have fled into nearby Lebanon and continue to endure unimaginable hardship.

“The Christian communities of Syria and Lebanon appeal for peace, justice and relief for the millions displaced and refugees.”

The Rev Jenni Entrican, President of the Baptist Union of Great Britain, said: “Two thousand years ago not so far from Jordan and Syria, Mary, Joseph and Jesus were displaced.

“They were forced to rely on the good will of those they did not know and their needs were met by the generosity of strangers.

“The biblical story of Jesus’ birth reminds us that behind the huge figures of displacement are stories of real people who through no fault of their own find themselves innocent victims of war.”

The Rev Steven Wild, President of the Methodist Conference, added: “The bombing and shelling of civilian areas by the Syrian Government and other groups has caused immense death and suffering.

“The disregard for civilian life has been shocking; it is callous and totally unacceptable even in war.”

In the light of the recent deaths from hunger in the Syrian town of Madaya, the Rev Wild continued: “It is a fundamental principle under international humanitarian law that those fighting a conflict must not restrict the delivery of aid to victims.

“The parties to the conflict who are meeting in Geneva must tackle this issue. They have a responsibility to ensure that life-saving aid gets to all in need.”

This challenge to governments follows on from a combined statement on Syria issued in December 2015, in which the same four Churches challenged the divisive rhetoric that sets communities apart and committed themselves to prayer for those suffering conflict and for those tasked with negotiating solutions and bringing security. 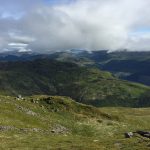 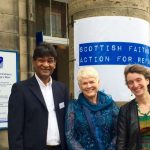